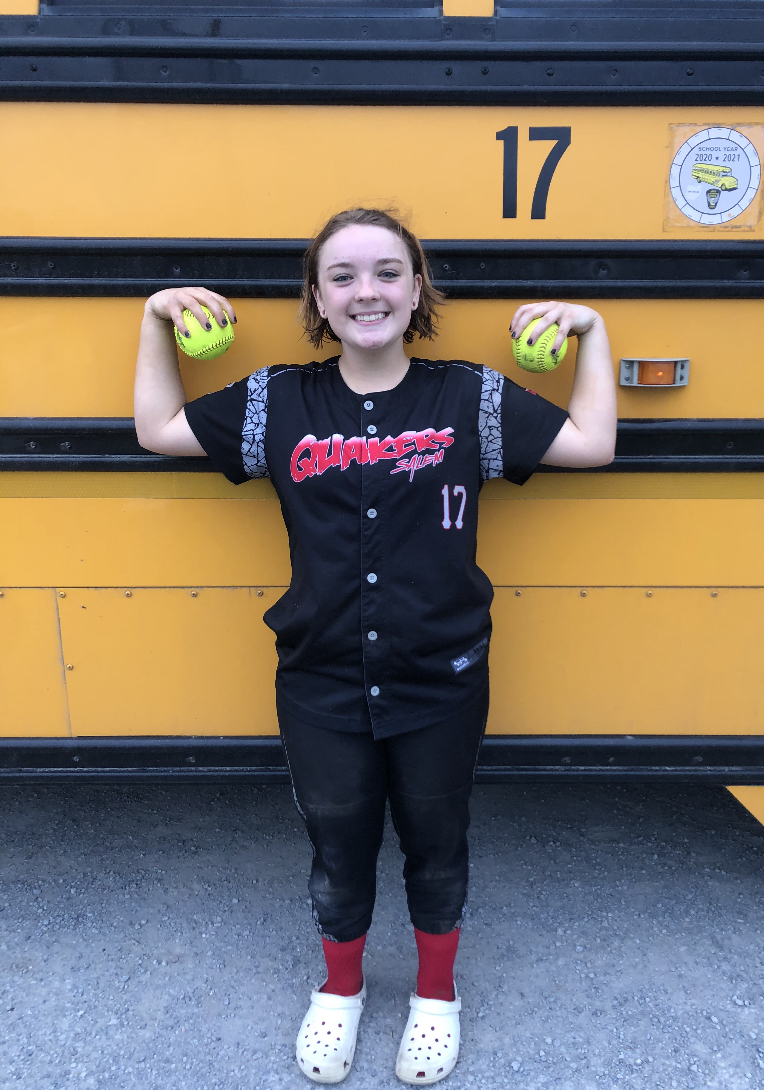 Bella Brant stepped to the plate as the leadoff hitter for the Quakers in the top of the 5th just like she did in the earlier game. On the third pitch of her at bat (same as first game) she hit another Dinger just short of where the first one landed. Second verse – same as the first. It would be the only run in the game for Salem.

Jenna McClish had the other hit for the Quakers with a single in the 5th. Rylie Troy stole her 18th base on the season in the 4th. She is currently 18 for 18 in stolen base attempts & just 6 shy of tying the single season record.

In the third a hard ground ball was knocked down by Brant at third & when she went to fire to first, her facemask fell to act like a blindfold when she went to throw. The ball sailed high & Dorothy Moore used every inch of her 5’7” height to snag the yellow round thing keeping her foot on first for the out. She’s not allowed to cut her toe nails – as it might have made the difference.

Does hard work pay off? You bet it does. Case & point with Bella. With 10 weeks of live cage games over the past fall/winter vs over 18 pitchers, Miss Bella participated every week & volunteered many weeks to play in all three games when a catcher was needed. Sometimes as many as 4-5 hours on a Saturday evening and totaled 215 at bats off live pitching! But what others noticed the most is that while playing 4-5 hrs, every time she had down time from her live play, she was loading a tee & working on her swing. When someone tells you hard work doesn’t pay off – We at Salem say pfffft.