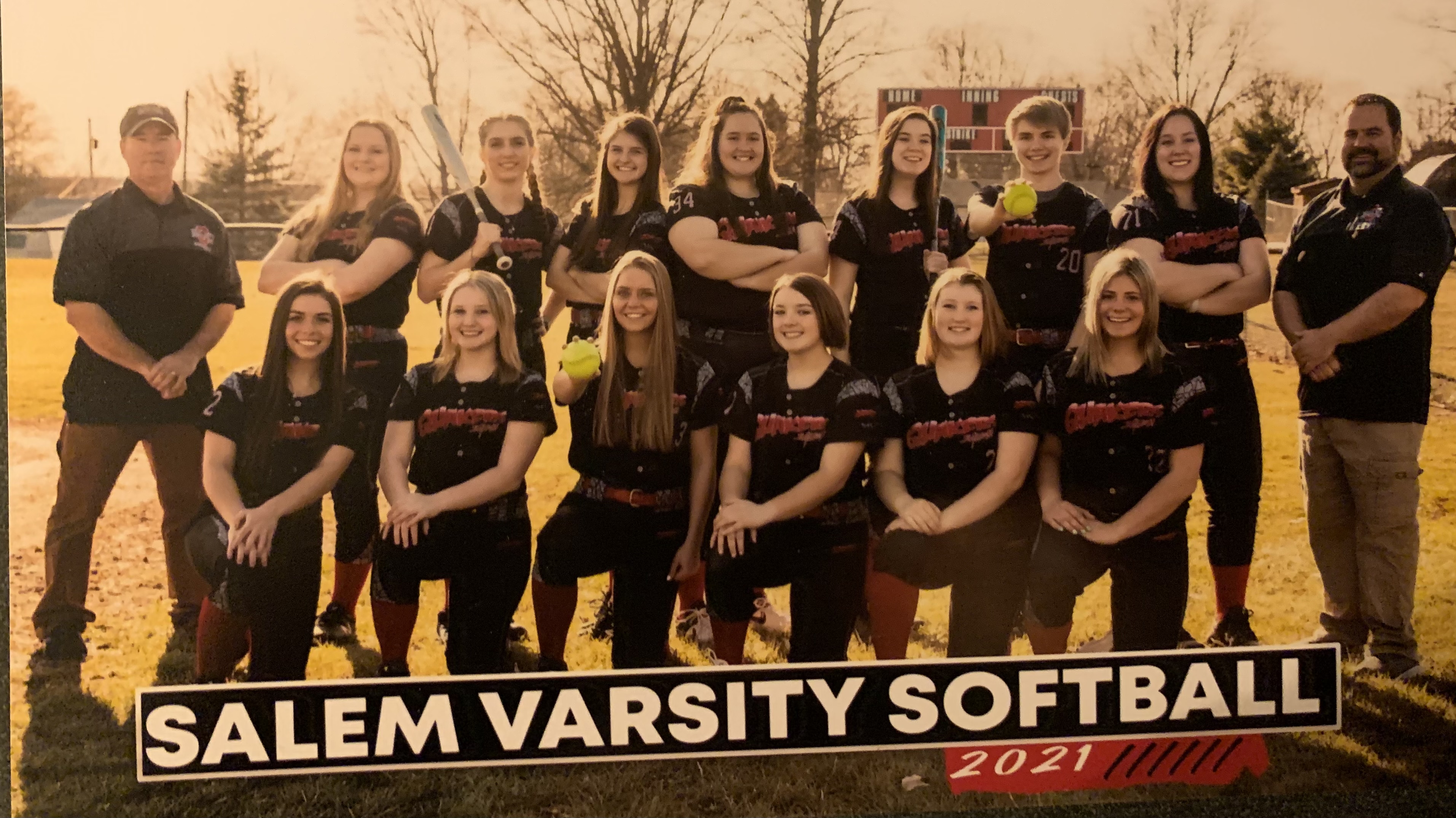 The Salem Quakers mustered one run in the shortened (5inning) game & fell prey to the Eagles 2-1. There were chances to score early in the game. Jenna McClish singled then stole second & third but was stranded in the first inning. In the top of the third Bella Brant led off with a single followed up with Lauryn Barton’s bunt single but Salem again stranded both runners. Freshmen Bella Brant blasted a solo dinger to left center about 240’ in the fifth to get Salem on the board.

Bulldog Rylie Troy pitched the complete game allowing just one earned run striking out 4. Once again Rylie delivered a gold glove worthy snag on a would be infield hit. Totally convinced there is no better defensive pitcher than Miss Soldi. Rylie’s battery mate Bella (BB) Brant made a nice diving catch out in front of the plate on a bunt attempt from a beautifully thrown rise ball. BB also fired a BB to second to stop a would be thief attempting to steal second in the 4th inning with the tag applied by Chase Toy.

Tori Firth struck out 7 for United. C. Burton doubled to lead their offense.